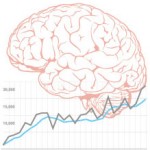 All of us, in a certain point of our lives, experienced memory loss. It could be forgetting where we put the keys, if we have locked the door, etc. As we grow older, it is natural for some of our brain cells to age and die which would cause some problems with memory. Over the years, research on brain training showed that it could help in decreasing memory loss.

Dementia is one of the biggest health issues that the older generation is facing. Currently, about 24 million people are suffering from dementia. By 2040, the number could reach about 84 million of sufferers, making us one of the possible patients of dementia.

The same goes for Alzheimerâ€™s disease which is affecting about five million Americans. Health experts project that Alzheimer patients could reach about 16 million by 2050. That is until the current generation would do something to avoid such problems with memory loss.

How does brain training help us in enhancing our memory?

Think of the brain as a muscle. When developing muscles, exercise is needed to develop strength and flexibility. The same goes for the brain, different exercises would help sharpen the memory and enhance focus and concentration.

Getting a â€œbrain trainerâ€ could cost you, but there are also other exercises you could engage in which would set your brain into action. Brain games and exercises like solving puzzles, logical-thinking games, card games and board games could help your mind. Just keep in mind that the brain develops when repeating certain skills. So you could stick with one kind of game of problem solving.

According to a research performed by the University of Alabama led by Dr. Karlene Ball, different brain training could help in improving memory. In their research, there were four groups of people. One group was the control, receiving no kind of training. The remaining three groups had different kinds of memory trainings.

According to the research findings, the three groups that received memory training showed improvement in their mental functions. Those who underwent memory training sessions showed development in how they process the information and quicker reasoning.

Those who have not received any training did not exhibit any advancement in their mental activities. Aside from improved memory, there are studies showing brain training also had an effect on the mindâ€™s alertness and ability to remain in a positive mood.

Brain training, however, is not a standard program for everyone. A particular brain training program may work for one person, but may not yield significant effects on the other. This is the reason why brain training would start with knowing your brain and getting an idea what would be suitable for you.

In these studies, brain training did not only lasted for a couple of weeks but stretched until two years. Brain training is a choice. A choice which would be based on understanding the importance of maintaining and developing your mental health.

Websites like Briangle, Lumosity, Brain Metrix & Play With Your Mind have fun free brain training exercises to get you started: