Marijuana use is rising sharply among seniors over 65, study says, and there are serious risks

according to this CNN Study Report

The numbers of American seniors over age 65 who now smoke marijuana or use edibles increased two-fold between 2015 and 2018, according to research published Monday in JAMA.

California septuagenarian Carol Collin is one of them. About two years ago she began eating a marijuana “gummy” each night before bed to help with sleep.

“I am an absolute chronic insomniac. I have been ever since I was a little tiny child — it just drives me crazy,” Collin said. “I take this little cube and it just makes me drowsy so I can sleep and doesn’t leave me groggy in the morning.”
For pain relief, Collin uses a topical cream that contains both THC — the compound in the marijuana plant that makes you high — and CBD, the the compound in the plant used in medicinal marijuana. “I’m doing this to sleep and provide pain relief and I find it works”, she said. “I wouldn’t have done it if it was illegal.”

Dr. Benjamin Han, an assistant professor of geriatric medicine and palliative care at NYU Grossman School of Medicine said, “What I’m seeing in my clinic are a lot of older adults who are very curious about cannabis to treat this or that chronic disease and symptoms,”

“I find it fascinating that people who would never touch an illegal drug are now trying to get it, even if it’s just for medical purposes,” said study co-author Joseph Palamar, an associate professor of population health at NYU Grossman School of Medicine.

Over the last decade, Palamar and Han have published several papers estimating marijuana use by American seniors. To do so they analyze data from the National Survey on Drug Use and Health, a nationally representative survey of 15,000 people in the US who do not live in an institution, such as a nursing home.

“As a geriatrician, I worry about any kind of prescribed medicine or substance use — anything that has any kind of psychoactive effects,” Han said. “I worry about things like dizziness, falls. I worry how it may interact with certain medical conditions.”

An additional concern for many baby boomers who tried weed in the 1960s and ’70s, Palamar said, is the change in the nature of marijuana over the years.
“Weed has been getting stronger over the past few decades,” Palamar said, “and a lot of these seniors don’t take dosing seriously, especially edibles. They think ‘What’s the big deal? I used to do this when I was a kid.’

However, 74-year-old Carol Collin disagreed. “Eating or smoking too much pot isn’t a worry. Even when we were doing this years and years and years ago, I wasn’t much into eating brownies or the smoking kind of stuff ’cause I didn’t like losing my control of my life,” she said.

“And the people I know that are using marijuana today, they’re not drinking or smoking or anything. They’re using it for the pain relief because it works.”
Read the full article here:  CNN Study Report

With all the talk about the coronavirus, here is some information

from the World Health Organisation about this deadly virus, plus another link to a “Guide on Handling Coughs and Colds in the Elderly”, below.

Coronaviruses (CoV) are a large family of viruses that cause illness ranging from the common cold to more severe diseases such as Middle East Respiratory Syndrome (MERS-CoV) and Severe Acute Respiratory Syndrome (SARS-CoV). A novel coronavirus (nCoV) is a new strain that has not been previously identified in humans.

Standard recommendations to prevent infection spread include regular hand washing, covering mouth and nose when coughing and sneezing, thoroughly cooking meat and eggs. Avoid close contact with anyone showing symptoms of respiratory illness such as coughing and sneezing.

Helpful Guide on Handling Coughs and Colds in the Elderly

This helpful how-to guide tells you what you need to know about colds and flu, why elderly people are at a higher risk of infection, and how influenza and the common cold can lead to more serious health complications in older adults. Also, some useful tips and advice on preventive measures to help keep the elderly from catching colds and flu. You can find it here: 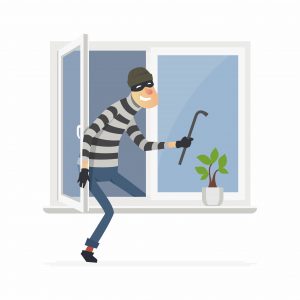 Scammers targetting the elderly & other vulnerable people are thieves ot the lowest order.

Calling it a scam doesn’t make it socially acceptable – it is still just plain THEFT!

Financial scams targeting seniors have become so prevalent that they’re now considered “the crime of the 21st century.” Why? Because seniors are thought to have a significant amount of money sitting in their accounts.

Financial scams also often go unreported or can be difficult to prosecute, so they’re considered a “low-risk” crime. However, they’re devastating to many older adults and can leave them in a very vulnerable position with little time to recoup their losses.

It’s not just wealthy seniors who are targeted. Low-income older adults are also at risk of financial abuse.

Sadly, it’s not always strangers who perpetrate these crimes. Over 90% of all reported elder abuse is committed by an older person’s own family members, most often their adult children, followed by grandchildren, nieces and nephews, and others.

Tim Henley, who works alongside Fiscal Tiger has sent this useful link with more information –  https://www.fiscaltiger.com/avoiding-elderly-scams/

Information on this link & other similar links, can be found on our resources for seniors sub-page at https://trishfindlay.com/resources-to-help-seniors/resource-links-day-to-day-living/